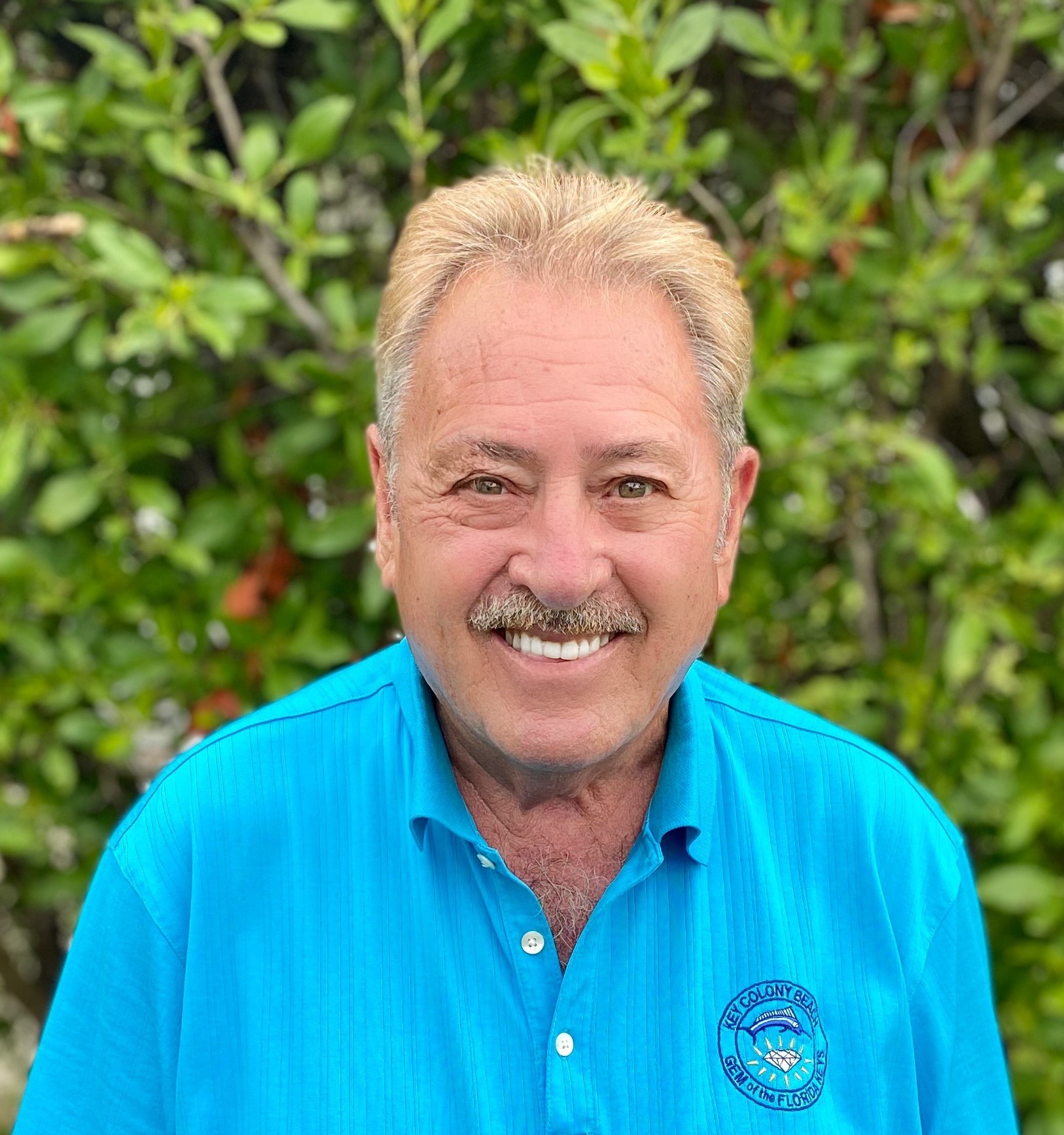 Ron has served on the Key Colony Beach Commission since 2005. Prior to joining the Commission, he served on the Planning and Zoning Board for a year. Several of Ron’s accomplishments while serving on the Key Colony Beach Commission include the installation of underground electric on Sadowski Causeway, the resurfacing of Sadowski Causeway and West Ocean Drive, the installation of fire hydrants through the City, storm water projects with grant assistance, tennis court, golf course and playground refurbishments with grant assistance, and the refurbishment of Sunset Park.

Ron graduated from William Penn High School in New Castle, Delaware. He is also the former owner of Sutton Bus & Truck Co. He and his wife Kitty have been married for 54 years, have 4 children, 16 grandchildren, and 2 great grandchildren. 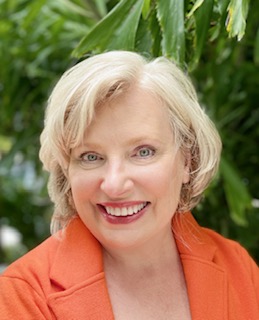 Prior to becoming Vice Mayor, Patti served as the City’s Secretary/Treasurer since March 2018. Previously she was a member of the Beautification Committee and served as Chairperson from February 2017 until her appointment to the Commission. She has also been active in the Marathon Garden Club and is a past director.

Before moving to Key Colony Beach, Patti was small business owner in Occoquan, Virginia, a historic town outside of Washington, DC, where she was a member of the Architectural Review Board. After her mother’s breast cancer diagnosis, she became involved with fundraising for Susan G. Komen for the Cure, and the Breast Cancer Research Foundation. Locally, she has been involved with the American Cancer Society’s Making Strides event.
Patti became a full-time resident of Key Colony Beach 7 years ago when she and her husband Bill were married.

Her goals for Key Colony Beach include planning for sea-level rise, fiscal responsibility, and maintaining a sense of community for the City’s residents. In addition, Patti is passionate about protecting our City’s right of Home Rule and preserving our vacation rental ordinances. 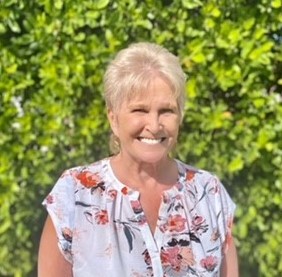 Kathryn McCullough moved to the Keys in 1980 and to Key Colony Beach.  She is a widow with 3 sons, 6 grandchildren and 8 great grandchildren. Before being appointed to the Commission she worked for the City as Utility Clerk, Assistant City Clerk and City Clerk.  After retiring from the City in 2018, she served on the Code Enforcement Board and the Planning and Zoning Board.  She is also a board member of the Key Colony Beach Community Association.    Ms. McCullough is fiscally conservative and in favor of building a new functional City Hall.    In her spare time she enjoys time with her family, crocheting and anything to do on or around the water. 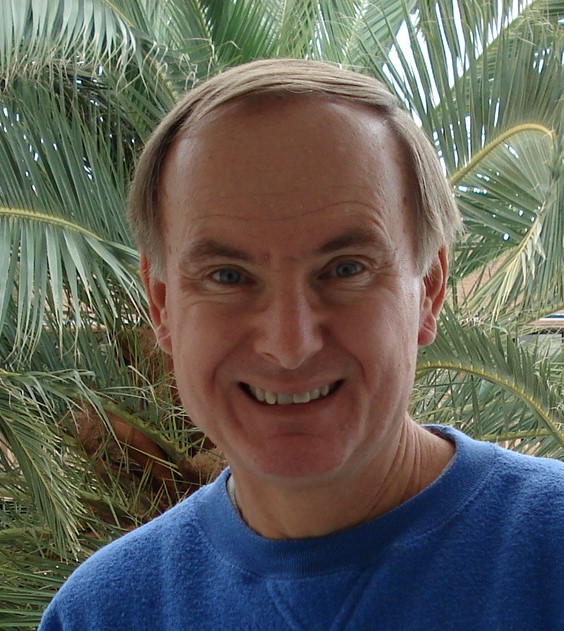 John has served on the Key Colony Beach Commission from April 2010 to April 2014 and 2016 to present, and 4 terms as Mayor from April 2016 to December 2020.  Additional duties for the Commission include Secretary Treasurer and City representative on the Florida Keys National Marine Sanctuary’s Water Quality Committee Steering Group, Canal Subcommittee.  He volunteers his time for Key Colony Beach’s Beautification Committee and Fishing and Boating Club.  John is very proud of being a graduate of Leadership Monroe County Class XIX.

John graduated from Northeast High School in St. Petersburg Florida and the University of Florida with a degree in Business Management.  He continued his studies earning a Master of Science Degree in Business from Troy University while serving in the Navy.

John’s career as a Naval Flight Officer culminated with senior leadership positions as the Carrier Battle Group Six Assistant Chief of Staff for Command, Control ,Computers and Communications and Intelligence (C4I), Director for Manpower and Personnel for the Pacific Fleet and Head Manpower budget analyst for the Chief of Naval Personnel.

He and his wife Susan, also a retired Naval Officer, moved to Key Colony Beach in 2005 following retirement from their Navy careers. They spend every available day on the water fishing and diving. 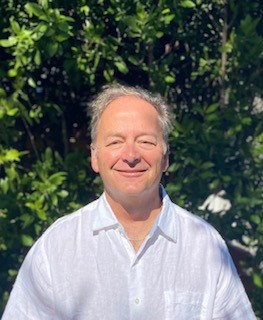 Tom Harding has been a Key Colony Beach homeowner for 17 years. He and his wife, Mary, have been married for 33 years and have 2 adult children. Recently, Tom retired from General Motors as an Engineering Manager after 35 years of service. Tom has two bachelor’s degrees in the field of engineering. For the past 4 years, he has been the Treasurer on the KCB Utility Board. Tom is also the President of Key Colony Beach’s local Condominium Association and has been in that role for the last 12 years.

Tom and Mary decided to purchase property in Key Colony Beach over 17 years ago, after vacationing here for 4-5 years. They enjoyed the small community, the teamwork within the City, and of course the beautiful weather and clear waters of the Florida Keys. Tom enjoys exercising, riding bicycle within the City and local areas, boating, and recently restoring vintage/antique items for preservation of old furniture. Tom also enjoys vintage cars and has two that he enjoys working on.